A changed narrative of Polo in modern times 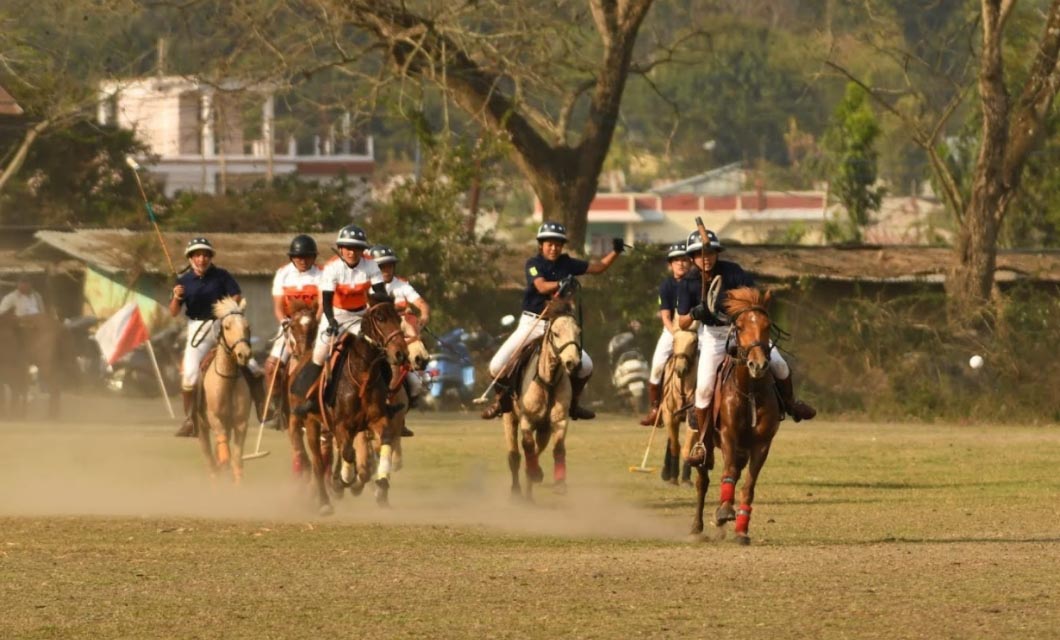 Continuous efforts are being made to bring the game, historically synonymous to royalty and rich, into the mainstream and make it more liberal.

From being historically played by royalty, rich and the army, to coming into the
mainstream, the game of polo is fast changing its portrayal from a sport of the
elite to a sport of the people: it’s becoming more diverse than the older times.
Newer generations are developing their interests in the sport and the old
patrons, organisations and corporate houses are helping youth to enter the game
irrespective of the position they hold in the societal hierarchy. On whether
accessibility and inclusivity of the sport has increased in recent times,
Parvati Byramji, South India’s first female horse trainer says: “Horse riding
and all the disciplines associated with it, whether it be polo, dressage, cross
country or even racing, have definitely become more accessible over the years.
What needs to change now is the mindset that you require a ton of money to enter
into the sport. You do not. It’s a matter of desire. Equestrian and racing are
no longer elitist sports and anyone with the desire to go forward can do so.”

Some say that belonging to a wealthy background is a prerequisite for Polo. However, youth today have proven otherwise. Viewing wealth as merely an added advantage, they have proven through their success stories that courage, acquiring riding and athletic abilities and most importantly, time to devote to the sport and develop skills, is what it takes to ace the game of polo. With the broadened appeal of the sport, polo is opening up itself in order to become a sport of the masses. Kareem Rosser, a polo player from the USA, who captained the first all-Black team to win the National Interscholastic Polo championship back in 2011, once said in an interview: “Most people stereotype polo as being for only really wealthy people, princes and kings. But that’s not the case. A lot of people don’t know, they have polo in their backyard.” 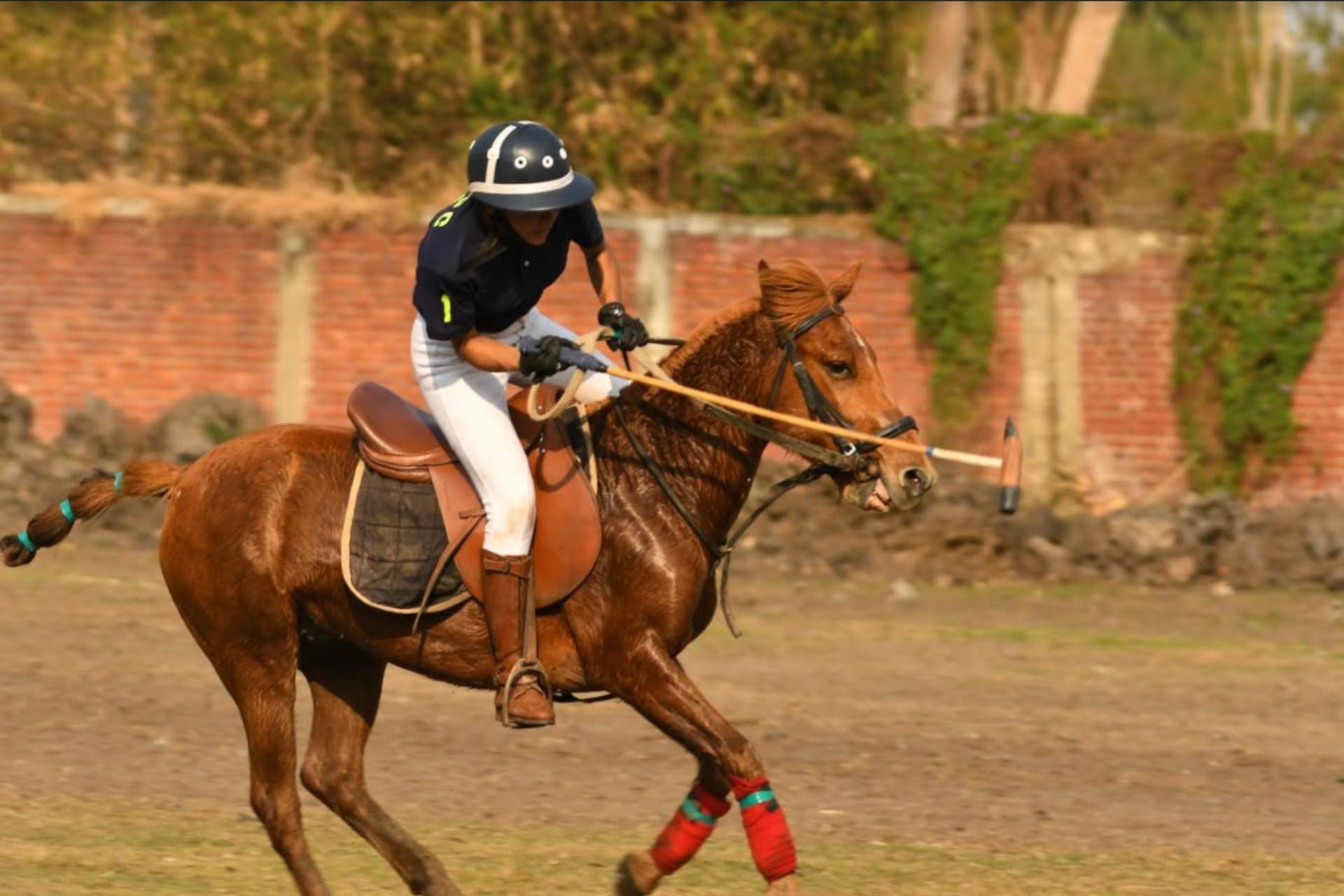 Historically too, polo was not just played by the royalty and the elite, but ordinary people too cherished the game. Having originated in Central Asia where nomads used to play the ancient version of it, the game later became a polished versions of itself when it was imported to the neighbouring regions and rest of the world. Polo at great heights of India (Ladakh) and Pakistan (Shandur) is still being played in its simplest and purest form, in the way their ancestors had envisaged it for them. Siraj-ul-Mulk, a match’s official commentator, said in an interview to The Christian Science Monitor: “Today polo in the region is about preserving a tradition that ordinary people, poor people really, held dear to their hearts. What’s important is that ordinary people play polo here.” 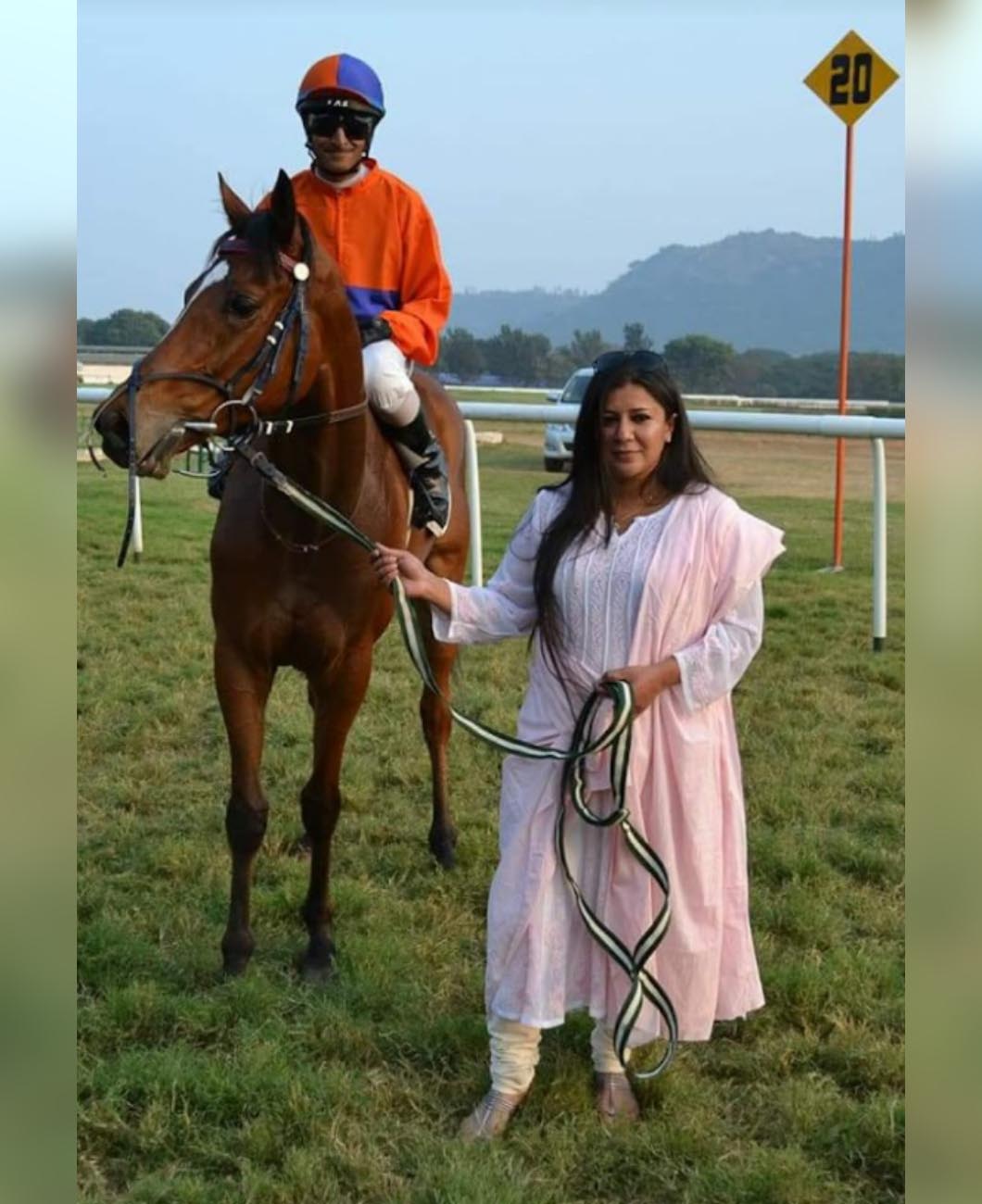 “Equestrian sport, particularly the discipline of polo, has never been more diverse than it is today. As more people around the globe flock to the sport, embracing the equestrian lifestyle and culture, polo has become more accessible to communities which previously may not have had the same exposure to polo,” says Connor Duszynski, President of Cardinal Marketing & Design, LLC. He represents a number of clients deeply entrenched in the equestrian community of Virginia’s Horse & Hunt Country. In efforts to increase inclusivity and reach of polo, many patrons, players, and corporates are willing to support youth wanting to enter the game. Some individuals and clubs are tirelessly working towards making the sport affordable and open to masses. 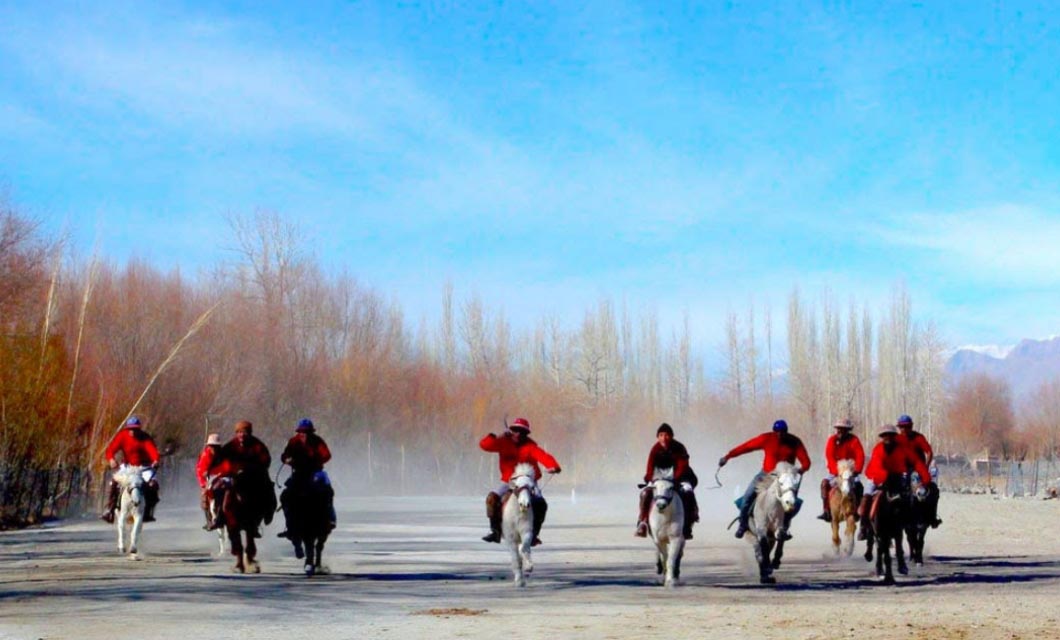 One such program is “Work to Ride” (WTR). Founded in 1994, WTR is giving youth coming from not so affluent neighbourhoods, a chance to learn and henceforth make a career out of their passion. WTR is a non-profit community-based prevention program that assists disadvantaged urban youth through construction activities focused on horsemanship, equine sports and education. “This program, housed at Chamounix stables, located in Fairmount Park, Philadelphia, provides a distinctive opportunity to bring urban youth in contact with animals and nature and participants develop discipline, responsibility, and life skills. The youth are allowed to choose among various horse sports. While most are trained and talented in several sports, polo has proven to be the perennial favourite of Work to Ride youth.”

“The Work to Ride program based in Philadelphia, led by the Rosser brothers and Lezlie Hiner, has provided life-changing programs for disadvantaged urban youth through constructive activities centred on horsemanship, equine sports, and education,” says Duszynski. 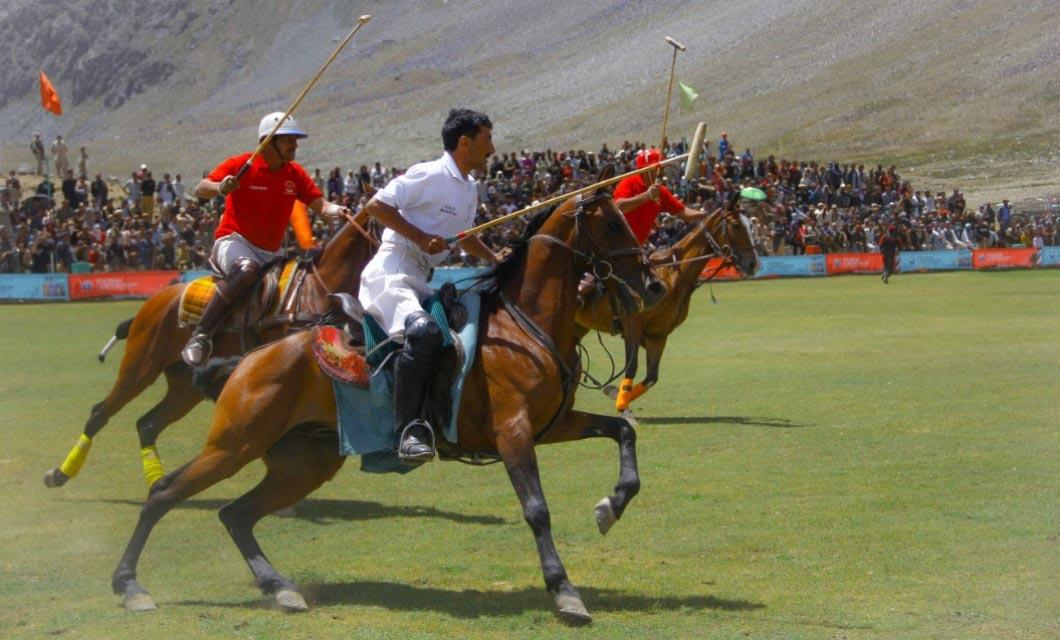 This program has fostered game-changers like Kareem Rosser, Shariah Harris, Daymar Rosser, Malachi Lyles, etc. “Not only is Kareem and Daymar’s success impressive in and of itself, with the release of Kareem’s new best-selling Crossing the Line memoir and the success of their recent Ralph Lauren campaign, the Work to Ride program has helped to diversify the discipline of polo, raised awareness for the importance of such programs, and given the new generation chance to thrive and dominate the game,” said Connor. Renowned in the world of polo, these players through their grit, determination and skills, launched the name of WTR to national and international attention.

Furthermore, Cissie Jones, former tennis player who got interested in polo because she adores horses, operates a small club ‘Brushy Creek Ranch’ in Burleson, Texas, among other services, which also offers a work-to-ride program so more people can afford to play. According to a New York Times article, “in two decades of playing and coaching polo, Cissie Jones has gone out of her way to make the sport more affordable. She has given free lessons, borrowed horses for novices to use in competition and convinced adult beginners that they could get in the game no matter what their salaries are. At her former polo club in Huntsville, Ala., her fellow riders included a waitress, a rocket scientist and a pair of Wal-Mart employees.” 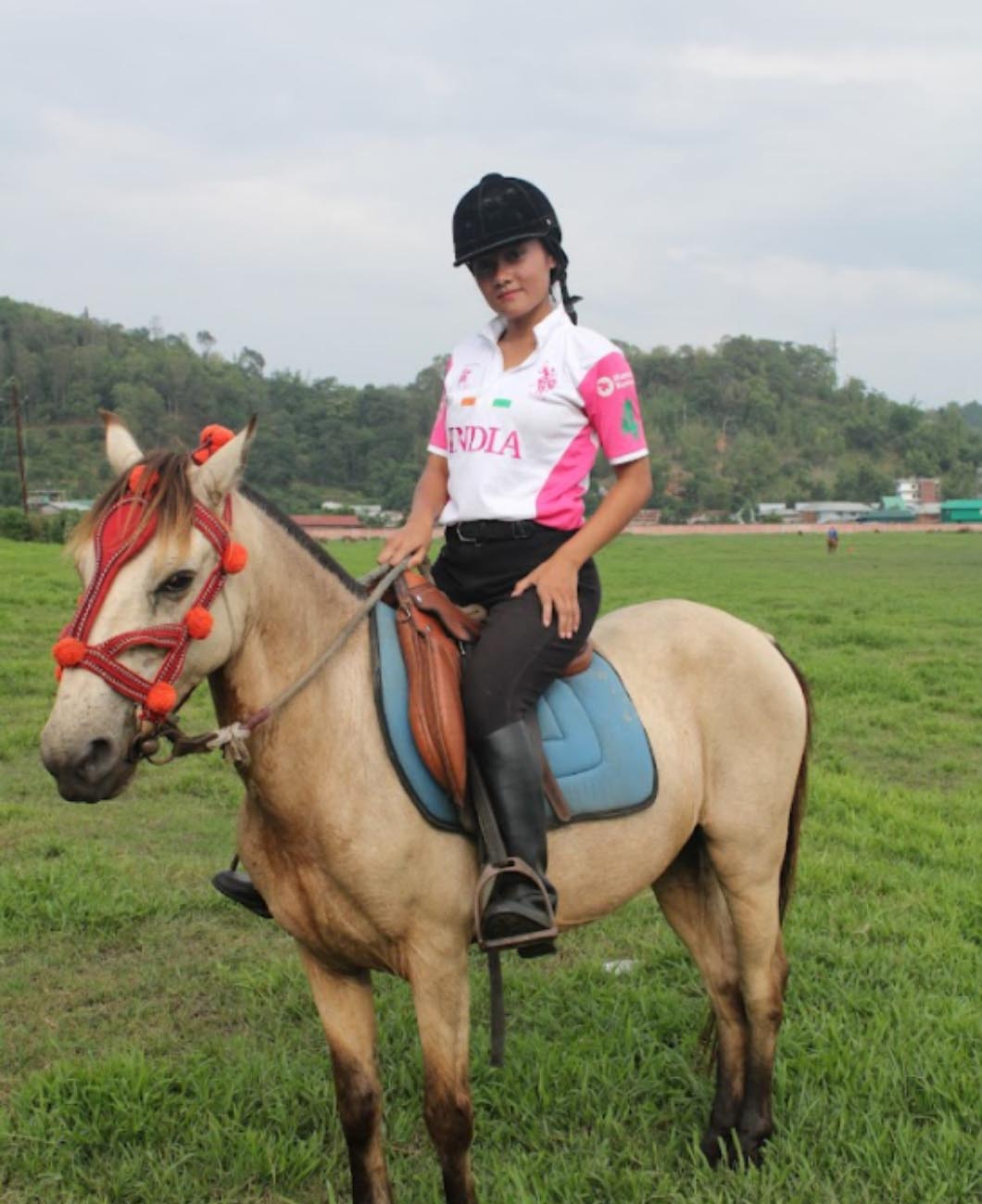 Tata Trusts, an Indian organisation is working towards empowering women of Manipur (a state in Northeast India) keen on polo through its ‘Grassroots Development of Women’s Polo’ initiative. It comprises a three-year programme inclusive of coaching education, scouting and structured training for up to 50 selected women and is being implemented by the Centre for Microfinance & Livelihoods (CML), an associate organisation of the Trusts, in collaboration with the All Manipur Polo Association. “The programme has helped in spreading the game and improving our performance. They (Tata Trusts) organised a training program in Kolkata to help us get an idea of how to control big horses. They also take monthly tests, both practical and theoretical, which helps us to improve our confidence and makes us stronger,” says Neelu Rajkumari, a trainee of the Grassroots Development of Women’s Polo in Manipur programme and a polo player. “I want the organisation to organise more international tournaments to further spread the game and attract more people towards it,” she adds.

Another trainee at the programme and a polo player, Victoria Oinam says: “This initiative has provided us with many facilities and helped us gain more knowledge about the sport, special diet requirements, equipment, and surely gave us better experience all through the workshops organised on teamwork and how women should take care of themselves.”

However, Indian patrons of the game want the nation to walk some extra miles in order to make polo as popular, engaging and thrilling as the sport of cricket is for fellow citizens, considering the game started from India. “Events in polo-playing nations abroad, whether it’s Argentina or the UK, Polo events are ticketed. But in India, they’re still invite-only affairs.”

Continuous efforts are being made to bring the game, historically synonymous to royalty and rich, into the mainstream and make it more liberal. “Numerous brands including US Polo Assn. Global are featuring and recruiting more diverse casts of actual polo players to model in their campaigns. Just last year, the brand launched their Pride Collection assets, which featured the likes of Agustin Arellano, an out and proud high-goal player with the Gay Polo League. With countless other examples of more diverse representation and talent in the sport, it is clear that the contemporary equestrian culture is shifting, and thankfully becoming much more accessible to those which may have not had access to it just a decade or so ago”, says Duszynski. Thus, polo in contemporary times is being played by those who are really drawn and passionate towards the sport and not just the ones who have the resources, means and status to play it.