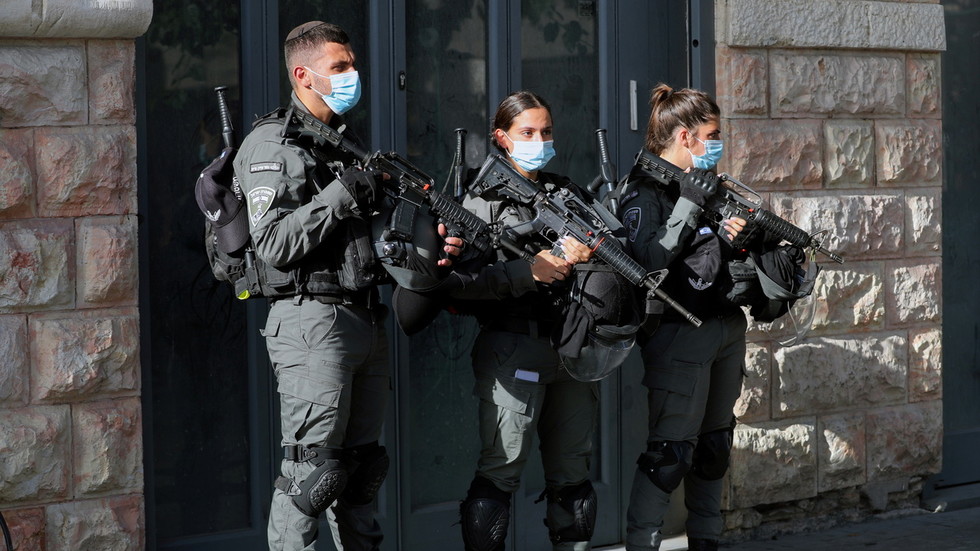 A Palestinian man stabbed and wounded two Israelis in a Jerusalem cosmetics shop, before being shot by border police, local law enforcement has said. The suspect and two victims are receiving hospital treatment.

The incident unfolded on Monday at a store in Jerusalem, with Israel’s Magen David Adom ambulance service saying that the victims, both men in their mid-20s, had suffered moderate wounds and were treated onsite before being taken to hospital.

The suspected attacker was then shot by a policewoman. Israel’s ZAKA emergency service said the man was critically wounded. A police spokesman told AFP that the assailant was a Palestinian man from the West Bank city Hebron.

Jerusalem District Police Commander Doron Turgeman condemned the attack as an “escalation,” telling reporters at the scene that officers are being “deployed in force in the field for any scenario.”

The incident came just hours after reports of a Palestinian stabbing an Israeli soldier with a screwdriver in the West Bank. The attacker was “neutralized” and taken to hospital for treatment, the IDF said in a later statement.

Tensions have risen in the area since last Monday when six Palestinian militants broke out of the Israeli maximum-security Gilboa prison. Only four of the men have been recaptured.