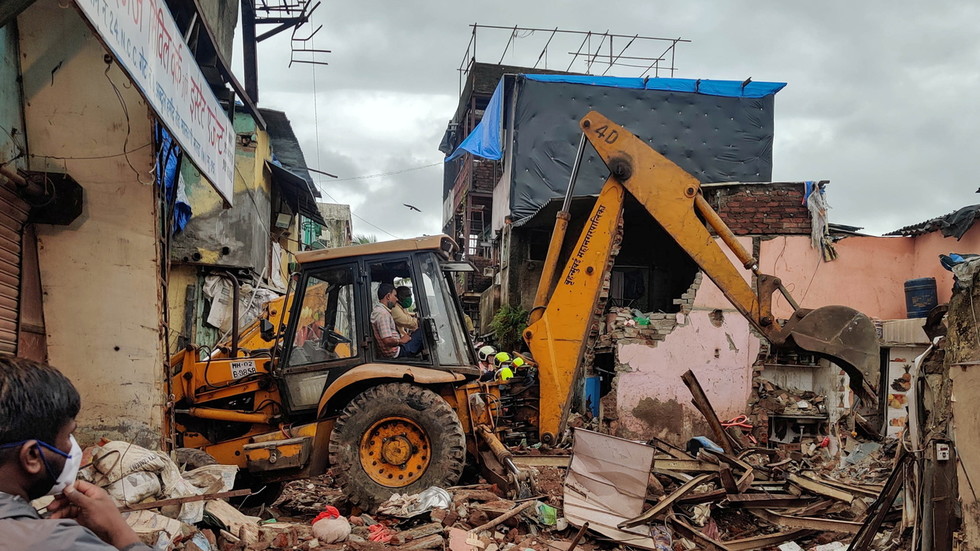 Rescue workers have pulled 18 people from the rubble of a residential block in Malad, Mumbai, after a building collapsed following the first monsoon rains of the season, killing 11. Local media say as many as 17 are injured.

“Extremely pained! My thoughts are with the families of victims who lost their loved ones… We express our full support for the ongoing rescue efforts at the site of the tragedy,” Maharashtra state minister Aslam Shaikh said in a tweet on Thursday morning, sharing a video of the rescue operation.

Senior officer Dilip Sawant said that at least 18 people had already been pulled from the rubble. “Police will carry out a proper investigation and take further action,” he told local media.

Eyewitnesses say that a two-story building collapsed onto small structures around it; other media agencies claim the building was four stories tall.

Reports suggest the building collapsed around 10:30pm on Wednesday night following the first downpour of the monsoon season. So far 11 people have been declared dead, including eight children. Local media claim that as many as 17 are injured, and that those requiring further care were taken to a local hospital.

Also on rt.com Gujarat battered by most severe cyclone in decades, 150,000 evacuated as storm hits (VIDEO)

A Tale Of Mangoes, Two Royal Families And Polo

Officials have ordered the evacuation of other buildings deemed at risk in the area. Smaller incidents, including walls collapsing, have been recorded around the city, and further heavy rain and wind is expected in the coming days. The city is on high alert, as the rains have been causing waterlogging in several areas.

In May, Cyclone Tauktae battered the Bay of Bombay and the city of Mumbai before making landfall in Gujarat.